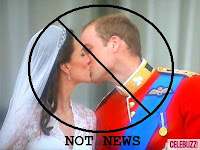 Heck, royalty in general isn't news. What does the English monarchy even do these days, except splatter their events and "personalities" across global news media at any opportunity?

Here's five things in the news today that I care about more than William and Kate's media circus.
Yes, the failure of paint to dry as promised is probably of greater significance than the royal nuptials.... and yet here are the top four items today from Time Magazine.
The U.S. debt ceiling will be reached in two weeks, the American military is engaged in three different countries, and all we can hear about is royal frippery. If I cared any less, I'd be in a coma.
Posted by Unknown at 11:55 AM 5 comments:

Inefficiency of health, education sectors is more than coincidence or the "Baumol effect."

From The Economist, March 17:

Larry Summers, Mr. Obama's main economic adviser till the end of 2010, argues that the goods governments buy, especially health care and education, have proved much more resistant to productivity enhancements than the rest of the economy. Since the 1970s real wages in America have risen tenfold if you measure them against the cost of televisions; set against the cost of health care, they have gone down.
Mr. Summers expects that trend to continue. An ageing population will need ever more health services provided by the state...

Unintentionally, Mr. Summers has presented some truly fabulous arguments against the increase in government spending he seems to advocate.

Is it truly just random chance or amazing foresight which has led the state to invest in sectors which just happen to be resistant to productivity enhancements? The Economist article points to the so-called Baumol effect, whereby some activities are immune to improvements in labor productivity. For example, it still takes the same number of musicians to perform a Beethoven symphony as it did in the 1800s.

To me, this seems like a completely inadequate explanation for the growing costs of education and health care. Unlike symphonies, there have been many technological improvements which should make the provision of those services much cheaper. Increased access to computers has revolutionized other industries and this would seem to be especially true in health or education, where the rapid and accurate transfer of information matters especially. But that hasn't happened.

There is a much simpler explanation: more government intervention causes higher costs. As health and education became increasingly regulated, the incentive to increase productivity became smaller. Teachers and doctors have to satisfy the demands of politicians and not just the parents or patients. There's no reason to rein in costs because taxpayers will foot the bill regardless.

I'd speculate that if the government had decided to regulate and oversee the production of symphony music, it would take twice as many people as it did to perform in the 19th century (and they'd miss twice as many notes). Instead, we have a medical industry that kills 98,000 people per year with preventable accidents, and an educational system that spends the most in the world but can't keep us in the top ten for global rankings of student proficiency in basic math and sciences.

Is this really a success story for government social spending? To me, it sounds like a reason to chop down the vines of red tape choking the market for education and health care. If costs continue to rise after the government's influence has ended, there may actually be an argument for the Baumol effect. Until then it's just empty apologetics.
Posted by Unknown at 11:28 AM No comments:

In my constant quest to find the pot of gold at the end of the Internet, I discovered this gem. Does this make sense to you? As far as I know, there's only one cause of debt: borrowing money. Whether that is "bad" debt depends on the circumstances surrounding efforts to pay it back.

In short, there are two big problems with the statistics above.

1) Data are from surveys of where people say their debt came from (revealed in tiny font at the bottom of the picture). Perhaps I'm too cynical, but I think more people are apt to blame their debt on external events, such as a pay cut, rather than admit they are spending beyond their means. It's more sympathetic and less hard on the ego to say that you were forced into debt rather than led down the path willingly.

2) After losing a job or taking a pay cut, if you continue to spend at the same rate as before, in my book that still counts as "going wild in the aisles." If expectations remain static as situations change, is it really accurate to blame the situation (less pay) for the outcome, rather than one's personal failure to adapt to the new circumstances? If it were the opposite case and income had just increased, I don't think many people would say "I blame this higher wage for my not having time to go shopping and spend as much as I want" (holding hours worked constant, of course). The real problem is not adjusting behavior to fit the new constraints that reality imposes.

I'm sure some people end up in bad debt through no fault of their own, or as a result of unavoidable expenses or unforeseen changes in income which may coincide with less opportunities for work. However, I don't think that number is large enough to make up 48% of all cases of bad debt. Further, by claiming that a pay cut is the largest cause of bad debt this chart implies that people are largely incapable of changing their consumption patterns to fit a more modest standard of living, which is not a very good lesson to live by.

If anything, the big difference between "perceived" and "real" causes of debt would be better labeled as "how I think other people got into debt" and "how I explain my own debt" respectively. Knowing only a little about psychology, it is unsurprising that respondents hold other people responsible for their choices (spending too much) but apply a much more ego-gratifying standard when considering themselves.